We met a mad woman at the bus station in Sangre Grande. Her pupils were enormous, obscured by a milky glaze which also covered the thin blue ring around them. Her faded greeny yellow dress and decorated, but dirty, straw hat, along with her accent, implied that she'd once held a different position in society. The lady sat next to her moved to another bench.

She asked us what we were doing in Trinidad and told us (loudly, in a queue of Trinidadian people) that we should "exercise extreme caution" as we were not  in a "civilised country". I was worried that people would overhear and think I was agreeing, or worse had started the conversation, so told her that we'd actually found everyone to be very nice and helpful so far. She replied in a patronising tone that I was suffering from the "sun, smiles and coconut trees syndrome"- we'd come from a cold country and were so dazzled that we thought we were in paradise, failing to notice the corruption and criminality around us...

When her attention was diverted, some friendlier people around explained that she'd run away from hospital and that nobody wanted to sit next to her on the bus because of the smell. She got on our bus, causing some sort of commotion at the back, and I felt strangely disquieted until we'd got off and checked that she wasn't following. I don't think that she was dangerous, but the intensity of her cloudy stare made my skin crawl.

Anyway, the point of this horribly involved introduction is that she made me think. Unlike the rest of the Caribbean, Trinidad isn't  a country  that relies on tourism. With Pitch Lake, the largest natural reservoir of asphalt in the world, and substantial exports of oil, gas, fruit, vegetables, sugar cane and manufactured goods it's economy is based on industry. Trinidad doesn't need tourists. With that in mind, in this post, I've tried to look beyond the coconut trees and at how people are actually living here.

The first thing that really surprised both me and Dan was how dilapidated most of the houses are. There are some new ones, occasionally with obnoxious colour schemes (I noticed one in fuchsia with orange garages and gold doors- they had electronic gates too). The majority though are being beaten by the elements, eaten by beetles and were mostly just built from bits of anything that came to hand in the first place. Mr Bravo, the elderly man we stayed with in Toco, told us that it only took one month to build his house 30 years ago and that place could probably sleep 50 people upstairs. 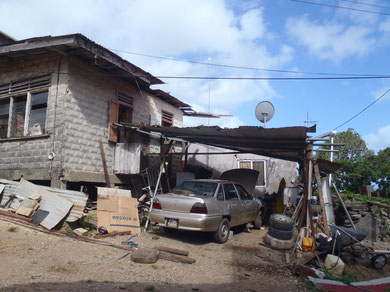 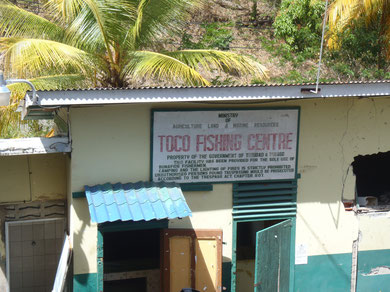 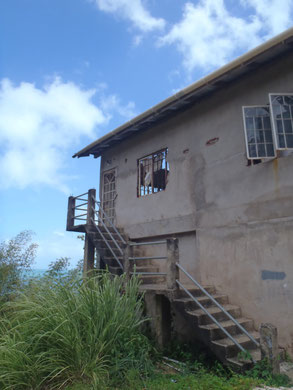 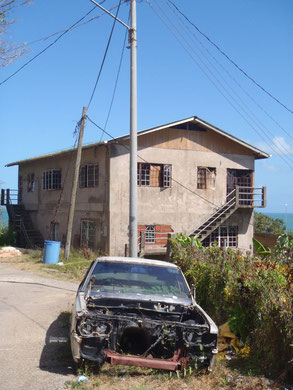 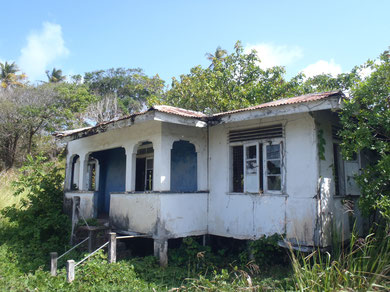 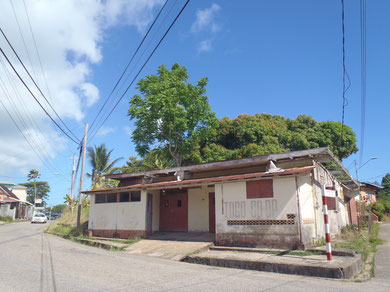 Some of the massive old colonial houses in Port of Spain are in an even worse condition, but we found plenty of life elsewhere in the city.

Generally Dan's favourite thing to do is  eat, so we've been testing out a lot of the street food and meeting a few locals in the process. One man, who seemed to be pleased to find us exploring his city, took us to see one of the panyards (where they practice and perform steel pan music). The men there let us look around and Dan even had a little go himself. They make such a beautiful sound- we're hoping to find some more live performances here on Tobago now we have some time.

Downtown Port of Spain can feel a little dodgy after dark and most of the streets are empty bar the homeless. Instead, Woodbrook is probably the best and safest area to find a cheap bite to eat. Food options range from dirt cheap double stands to proper sit-down restaurants. It's also probably your best bet for a couple of beers in the evening if that's what you're looking for.

We spent the last couple of days in Port of Spain relaxing with some other travellers from Pearl's Guesthouse. Our French friend Eric was looking for work on a yacht as a cheap way of travelling North, so we visited the boat yard in nearby Chaguaramas. Chaguaramas isn't pretty, but I've never seen the way in which they repair and store those big yachts, so it was interesting to see the men at work.

After some ferry troubles and a bit of waiting around, we've finally made it to Tobago.

Trinidad is interesting, but you can see how Tobago makes it's money from tourism. I'll be sure to give you a more scenic post soon...