From sunrise to sunset, for now we're in the half-light.

About autumn, haust, in the East Fjords...

The days have been shrinking and —whereas two months ago I was awake at seven on the dot, my day mapped out, gleefully wriggling in satisfaction at my manic productivity — the lethargy is now growing. Like an indefeatable blanket of sleep, the later I get up, the harder it is, and time to sleep is lagging from 11pm to one in the morning, sometimes as late as three.

Apart from the humans (sometimes), the most important parts of my life* have been happening through the screen (this one I am typing into now). There is only so much time I want to live through this glaring window.

When I've been free, and the weather is agreeable enough that my face isn't half frozen twenty meters out the door, I've tried to spend the six, five, four hours of light [or half-light] outside.

*Writing projects; Phone Credit for Refugees; everyone and everything I care about that isn't here.

Sunrises, having previously rarely featured into my life, bar one long Winter in Scotland, have become a main event through October and November. On the best mornings, they make the mountains glow.

Please consider how these photos would look strung out from right to left:

Sometimes it has been followed by blue skies.

It's important to remember, however, that for every one of the clear days depicted here, there have been several of savage wind and murk.

One morning we woke up to find that the snow had settled.

I am still hiking.

I've always been a frequent visitor to the valley Krossdalur, but had never seen around the final corner, over the last hill to the back. The day I finally did was tinged with regret, as if my swimming stroke had been broken by the end of the pool. There are more mountains to climb, but probably none safely within a four hour round trip from the house. I've mapped a circumference around where we live, and am working the circles more tightly now, tracing the contour lines in turn.

As the mountains fade to brown, sometimes dusted with a little snow or frost, the everyday changes along the shoreline are more dramatic. Surrealy beautiful on a calm day, a scene from Wes Anderson film, there are other times when the kilometer and a half walk to the lighthouse is a battle: the wind so strong I can barely see out of my eyelashes, or a penetrating chill seeps through more layers of wool than I can fit under my jacket.

The frozen things are slightly white from a distance, but the closer I look, the more absorbing they become.

Compared to the overwhelming amount of plastic pollution on some beaches in Scotland or Portugal, this coastline is not too bad.

I collect what I can, but my efforts are less dramatic than they had been in warmer places. Prizing icy plastic away from frozen rocks adds another layer of difficulty, and my fingers start to freeze into claws half way back to the bin. I soon learnt to wear gloves and only to collect what would fit in a bag. 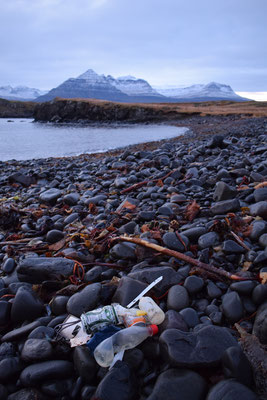 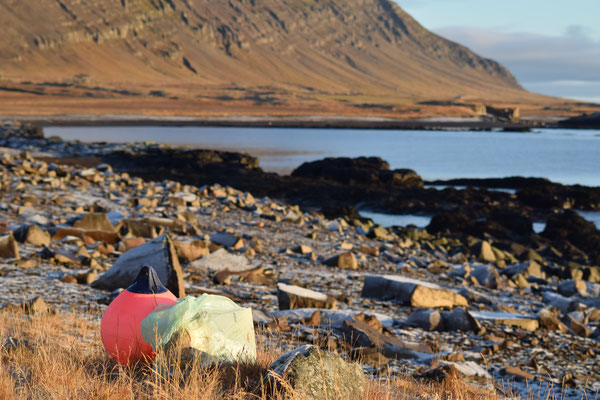 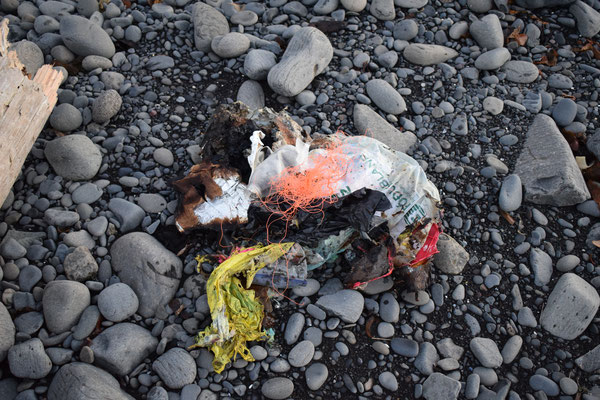 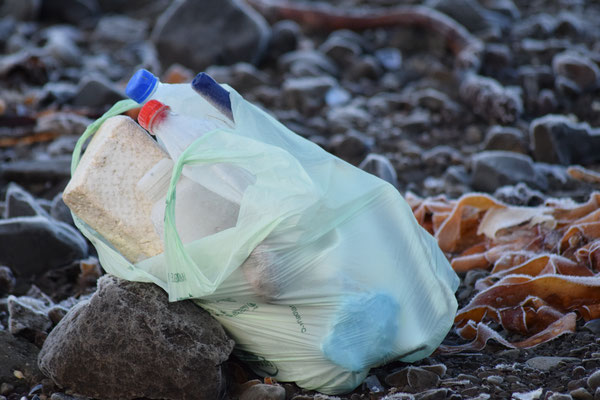 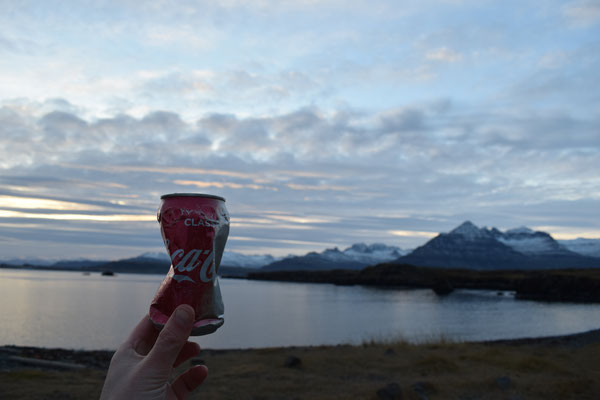 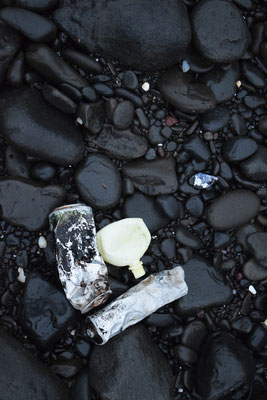 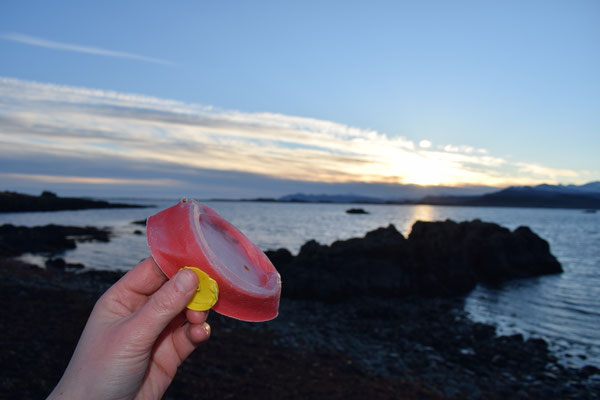 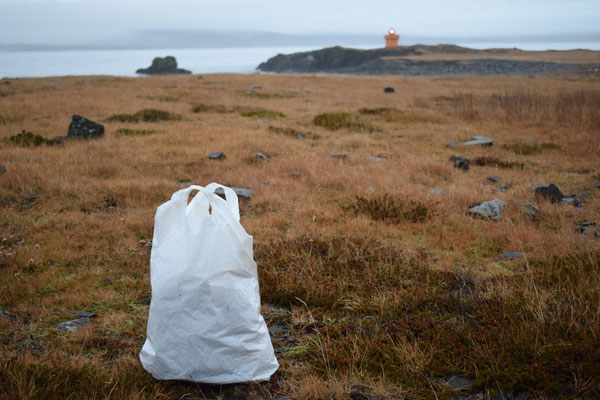 Though getting earlier each week in alarming increments, the clear day's sunsets are always magical...

Specifically about hiking in Iceland: