Artist Louis Masai on the environment, music and travel.

Trundling along on the megabus, somewhere between Bristol and London, I only started talking to Louis Masai after we broke down. Far from the usual delays, we were entertained by a teenage dance troupe and previously unconnected folk band who just happened to be travelling back from Plymouth together. I felt the hour slip by with little resentment and only once back on the bus realised how close I was coming to missing my connections to Vienna that night. Ice broken by the bizarre situation, I began to learn a little about Louis' work. After nearly a year of following him on social media, I recently decided to ask him for an interview. This is what I learnt...

Where are you from? What is your background and how did you end up becoming an artist?

Well, I'm half English, half Dutch, I was born in Salisbury, grew up in Surrey, studied and lived in Cornwall for ten years and then moved to London six years ago... I now have my studio in South East London. I was never any good at academia at school, but loved painting and drawing, I had a series of good luck that evolved from art prizes to scholarships thus I just pursued what I enjoyed doing. My parents are both unknown artists but highly respected restaurateurs so creativity has always been around my homelife. After four years studying fine arts and then almost six doing nothing I was frustrated and left Cornwall to develop what I am doing now... So, in many ways being an artist is something I'm learning as a go, but in others it's always been there in some way or another.

Your work has a message- what issues are you trying to get people to think about?

My current work is about environmental issues, it focusses on endangered animal species. I guess outside of that it will start to encompass cruelty to animals and also the farming industries... Ultimately my work will always address animals and I hope it can encourage humans to respect the natural environment more along the way.

Do you listen to music while you paint? If so, give us an idea of what’s on your playlist.

Music is a big thing for me, I am a record junkie and used to deejay a lot in Cornwall, these days I don't get enough time to keep it up. I had to stop my London residencies due to lack of time, but music is still always playing at home and I only collect vinyl. Obviously when I'm painting walls I can't take the records so I have an ipod but I don't believe in illegal downloading and so I only utilise artist uploaded for download music, for example soundcloud or mixcloud. I collect hiphop, reggae, funk, latin, cumbria, breakbeat, jungle, dubstep and afro beat mostly.

The materials you use are hugely varied; what do you most enjoy working with?

On walls I use spray paint. In the studio it's acrylics and bitumen on reclaimed wood or fine tip pens on selvedge paper, recently I have started creating sculptures and I am really interested in resins and reclaimed objects. When I am painting I don't prefer either material over the next, what for me is exciting is the mark making technique and I strive to achieve a quality that spray cans have with a brush and vice versa. With all my other works which are 3D I'm looking for a way that utilises the idea and concept so I will always change up materials and techniques - I like to push my boundaries... 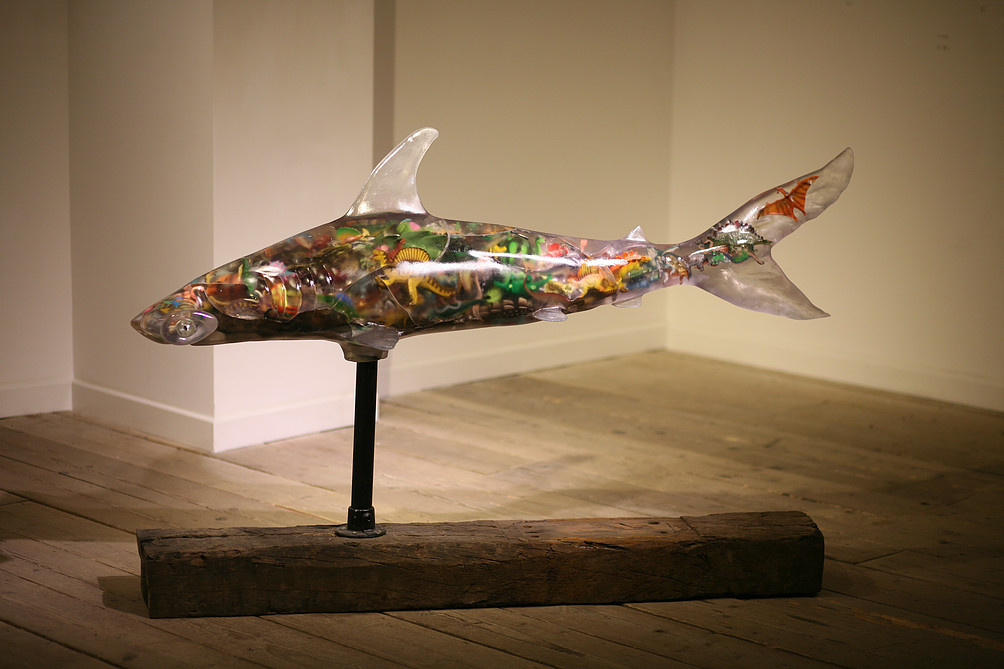 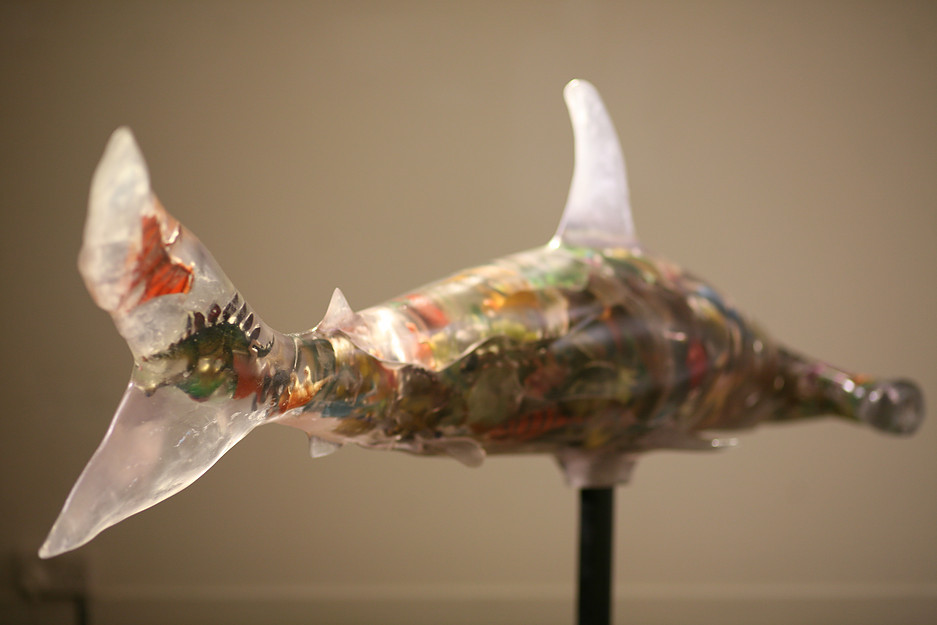 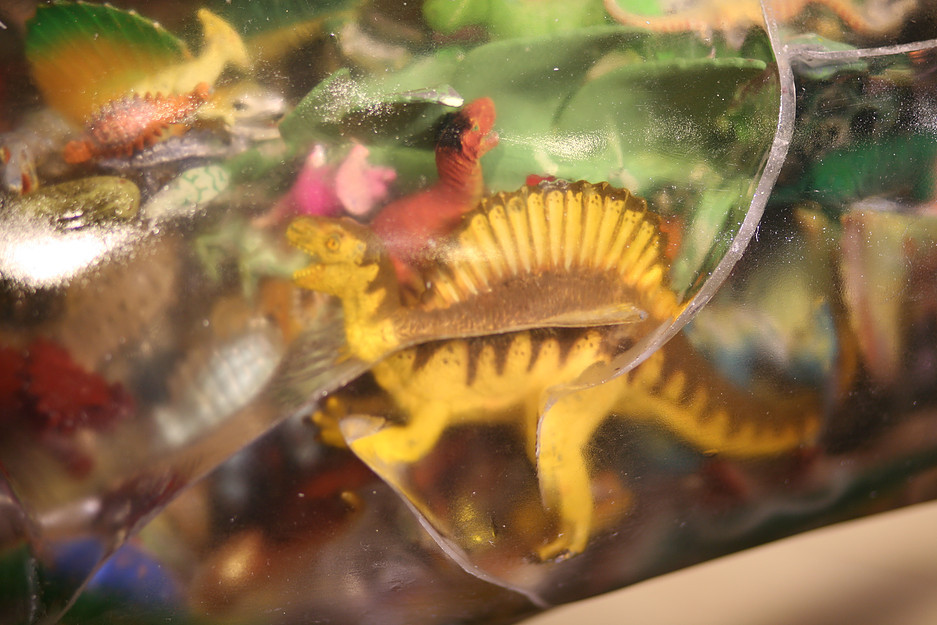 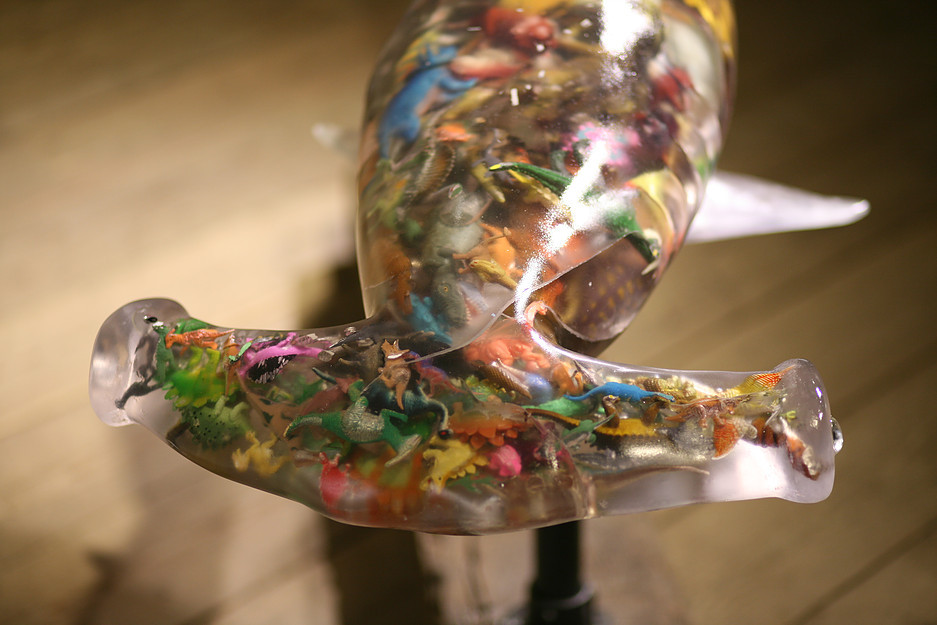 When I first met you, you were travelling back from Upfest. Do you often travel through your work? Is there anywhere you’re dying to exhibit or paint?

I do get to travel a lot yes, and actually a trip to Bristol isn't really much of a journey any more, rather an extension to my London boundaries in a way. This year I should be visiting, Italy, China, Saudi Arabia, Ireland, France, Hawaii and a two month tour of the states. I'm sure things will change... I'm not really dying to visit anywhere or exhibit anywhere, just enjoy every step I take, I love big walls so the bigger the better, and I love exhibiting. I would love to be represented by a gallery that I really respect and trust.

Where can we find your work?

You can join my instagram @loiusmasai and follow my website www.lousismasai.com as I always keep things updated, I'm also on facebook and twitter... I'm doing a huge two month tour of the states at the end of this year, but I'm not doing any shows in galleries really as I want to focus on walls and outside for a bit...