South from Ubrique, towards Alcalá de los Gazules, we drove an hour or so along small roads, though idyllic forested mountains, only persisting because every turn off was marked clearly as private land. For once our severely unspecific road map was correct in assuring us that there were no real settlements here, but under a mountain we found another "area recreativa".  Somewhat of a labyrinth, "El Picacho" had barbecues cut into large boulders, picnic tables fashioned from giant hunks of wood and the generally overgrown delightful air of not having been visited much since last summer. The tree branches crooked above us like ancient witches fingers and we hid under the bridge, as the odd car passed above, like grubby trolls bathing in the river.

On the opposite side of the road, that of the mountain and scores of vultures circling overhead, was a short walk to a small lagoon; home to various rare and noisy amphibians and their cackling chorus.

In need of supplies, we drove into the outwardly small and picturesque Alcalá de los Gazules, parked up and proceeded to get hopelessly lost in its alleys for what could easily have been an hour. A friendly airy looking town, with fresh white paint on its houses and a tiny vegetable market, it was also stiflingly hot and almost comically hilly and we began to crave the sea.

Approaching Tarifa, Africa was stunningly clear across the ocean. From here you can reach Morocco in less than an hour. On the sweeping beach West of the town, we finally made use of the body boards we've been carrying since last June. Submerging ourselves in this turquoise part of the Mediterranean was a relief and later, despite the wind, we were happy for the sunset and morning sea view just a little further along the coast. 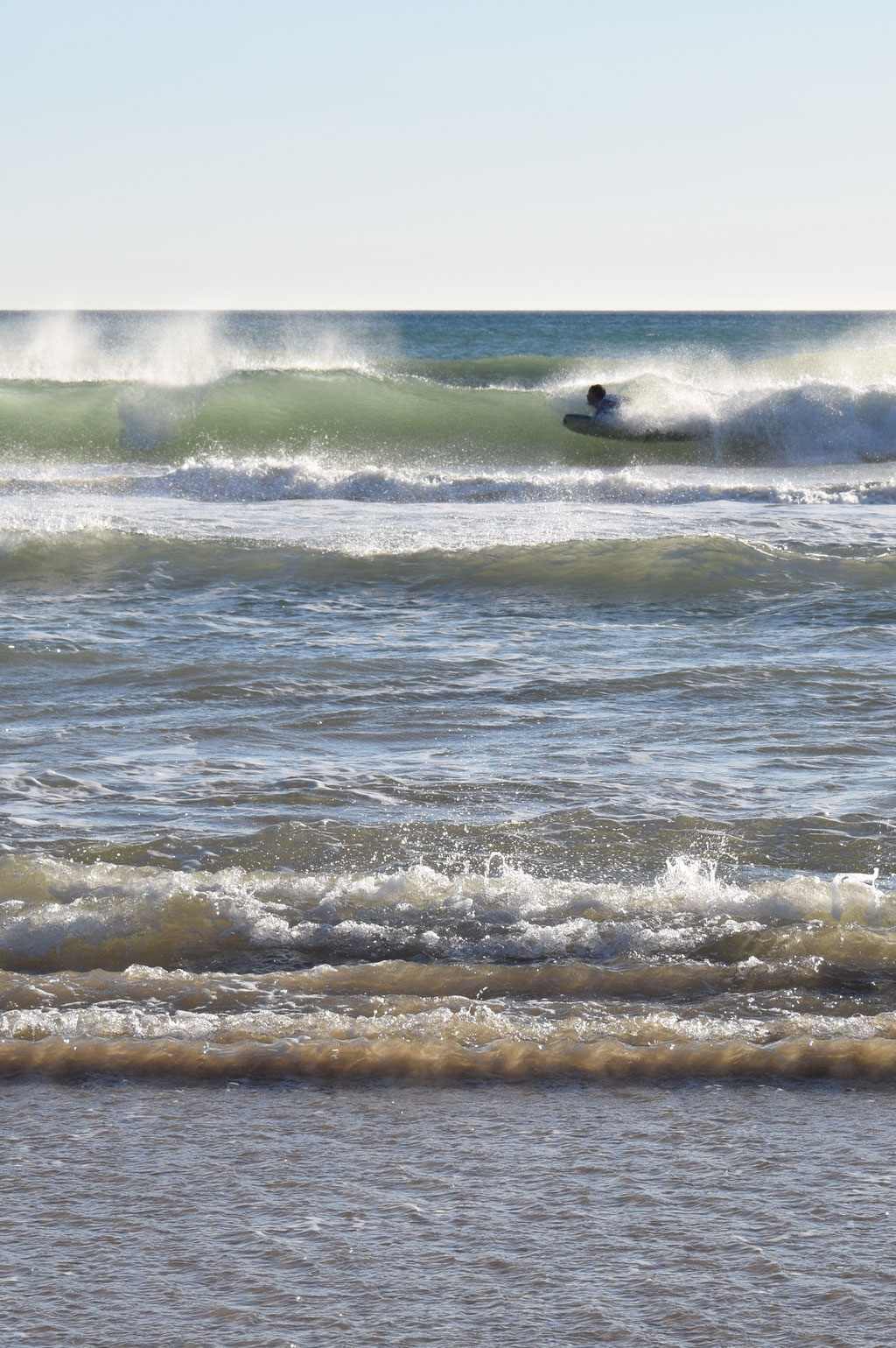 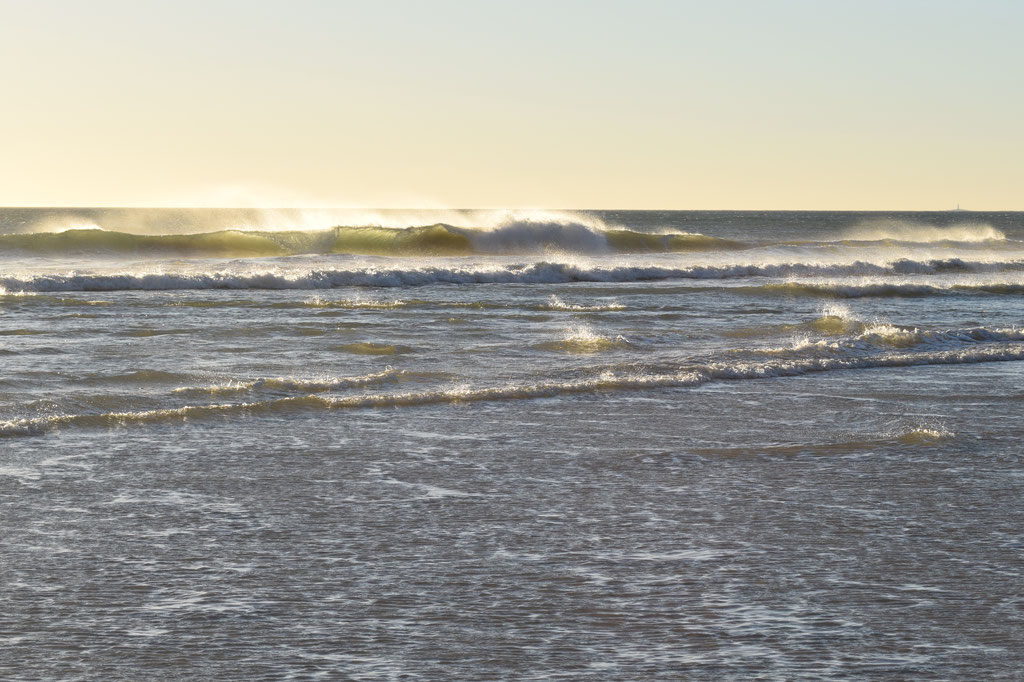 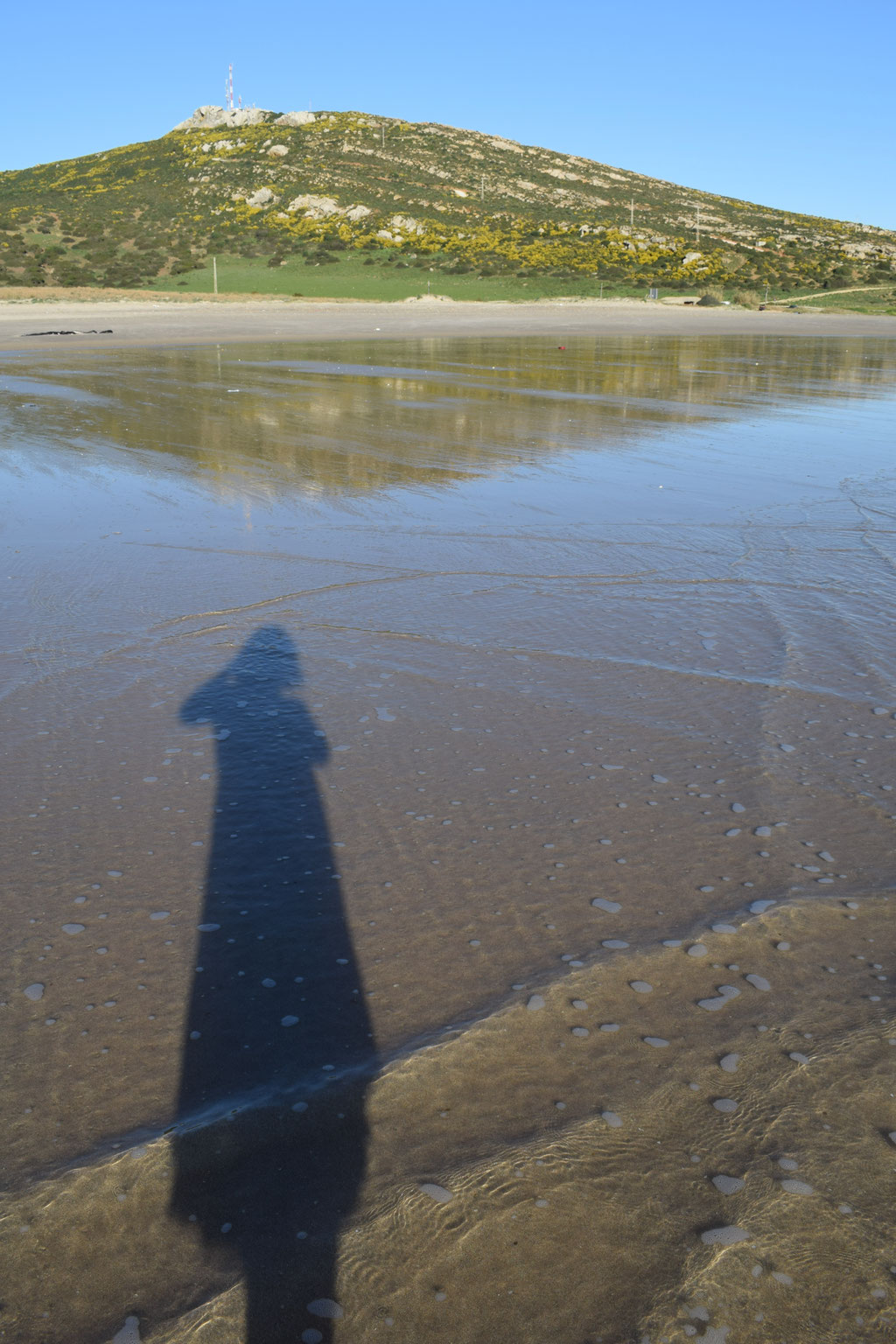 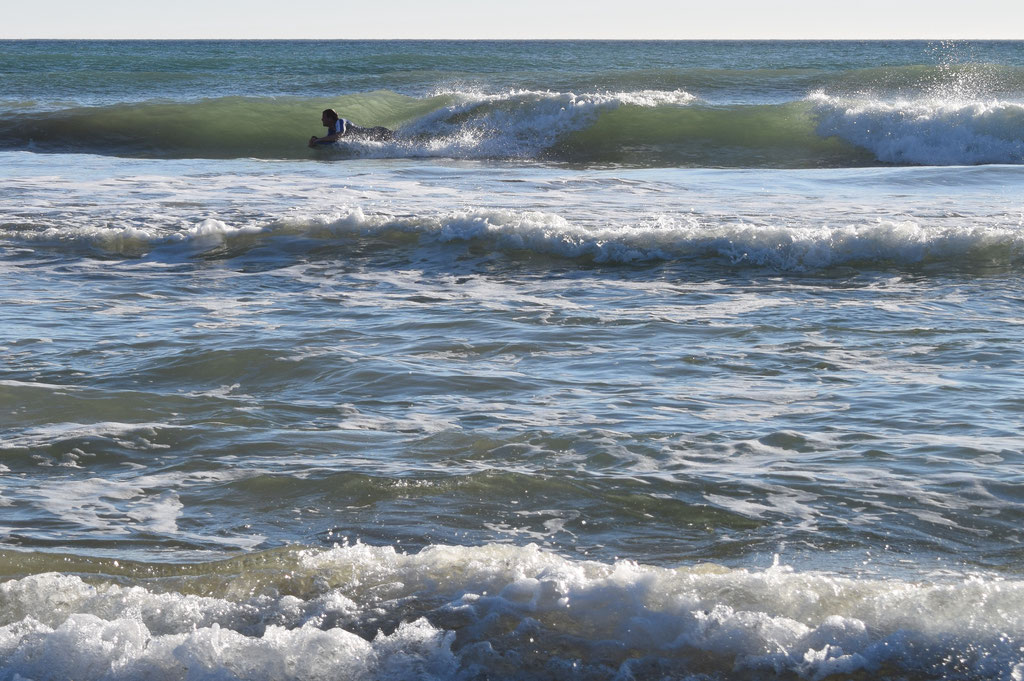 Early, I ran barefoot along the beach, from Zahara de los Atunes to the next town, waves on my left and savage wind behind me, until I turned around and was stung by sand all the way back. To me, running is the perfect time to think, the last year having given me plentiful content; the blood supply to your brain is limited, so it's hard to hold onto a thought long enough to slide into anxiousness and snippets roll by as a method of internal organisation.

Trying to escape the wind, we unsuccessfully explored more of the coastline and finding it quite built up all the way to Chipiona, gave up and fled back to the mountains. We arrived in the dark only to be moved on by rangers half way through our dinner and left the park to scour the area for a lay-by after thankfully not too much beer. I slept badly, unsure if we had bumbled onto private land and without an alarm to wake us before potentially angry farmers emerged, I watched for the crack of dawn in a half doze.

Now writing in my head, I traced part of the "Via Verde de los Sierra" from Coripe. With an effect usually only achieved by facing two mirrors together, I felt an almost irresistible urge to run through the 990 meter tunnel which burrows through the mountain. At the point where daylight isn't visible in either direction, it seems disconcertingly infinite and eventually I was pleased to feel a creeping warmth and gentle bird song as the other side came closer. Tunel del Castillo was the first and longest of many tunnels and viaducts which line the route as if providing a traveller with relief from the monotony of lush green hillsides. I had all but lost the Calais pallor, but the sun was strong enough to burn my skin and on the way back I was thankful for the shade.

We slept that night in another "area recreativa" near Coripe's "Via Verde Estation"; a little nervous after being told off the previous night, for once I was reassured to be joined by at least eight other family sized "Burts". It was a Friday night and they seemed to be regular visitors, with no attempt at stealth, so I think you can relax there if you want to stay.

The following day, we drove to visit my Uncle Geoff, who lives in the countryside just South of Valverde del Camino. I hadn't been to his house since I was travelling back through Spain after half a Summer in Morocco four years ago, another lifetime, so enjoyed introducing Dan, a little lounging about and feeling clean for the first time in weeks.*

After being "on our way" there for the last ten months, we were finally on the border with Portugal.

*Thank-you for having us at such short notice Geoff- for all the food, showers, jump leads and company!

The rest of the story so far...