Waves and Caves in Winter - Gwithian to Perranporth on Cornwall's Coast Path.

Always fond of Cornwall, but never quite sure where to start, I found myself in Portreath with the sole purpose of buying Dan a new bodyboard. That was the beginning of a series of trips we made in the van.* Dan could play in the surf while I hiked the coast path. Gwithian to Perranporth was hardly a grand epic; I began wherever the surf was good, left Dan in the water and walked for a couple of hours to a designated point where he (and Burt) could pick me up again. Along the way were some of the most incredible places I've ever found in England.

I've arranged the segments logically (west to east) for your sanity...

Just past Gwithian is a double pronged headland cornered by Godrevy and Navax Point(s). This was the only place I saw seals and I did not envy them swimming in the unforgiving conditions on that particular day.

I spent a lot of time treading the grassy cliff-tops west of Portreath, accidentally covering some parts of the path up to six times, but it never failed to impress me. Once attached, huge slabs have fallen apart from the land, creating diagonal islands; green on one side, bare rock on the other. We saw dolphins or maybe porpoises passing by one evening, but I didn't get a photo.

Portreath itself is smaller and seemingly more friendly than some of the better-known villages in Cornwall (it might be very different in summer). I liked the old stone barriers, which break the waves' momentum as they enter the harbour.

Between Portreath and Porthtowan, there is an intriguing smattering of concrete military bunkers. Lumpy cliffs tower over inaccessible beaches and eroding steps scar the thick undergrowth covering the land's relentless undulations.

Porthtowan is more picturesque from above...

Towards St Agnes Head are the remains of the tin mining industry. The ruined towers of Wheal Coates cling to the cliffs, awaiting erosion and their inevitable plunge into the sea. For now they remain iconic and proud on the skyline.

Past St Agnes (a warren for drivers) is an attractive beach at Trevaunance and its smaller, more secluded neighbour Trevellas Cove to the east.

Past the next headland, the path cuts dramatically inland to reveal an startling expanse of red cliff. The rocks' strata concertina in on themselves and tumble into the sea; strongholds of seabirds continue around the headlands until Pennaporth. Inland this section is ugly, an old airstrip and quarry, but closer to the small town, the path veers seaward and follows the line of the cliff. This is the most vertigo inducing section, but easy enough walking even for inexperienced "outdoors people" and it is quickly completed. Around the final corner, the view opens out to reveal the vast smooth sands of Pennaporth. 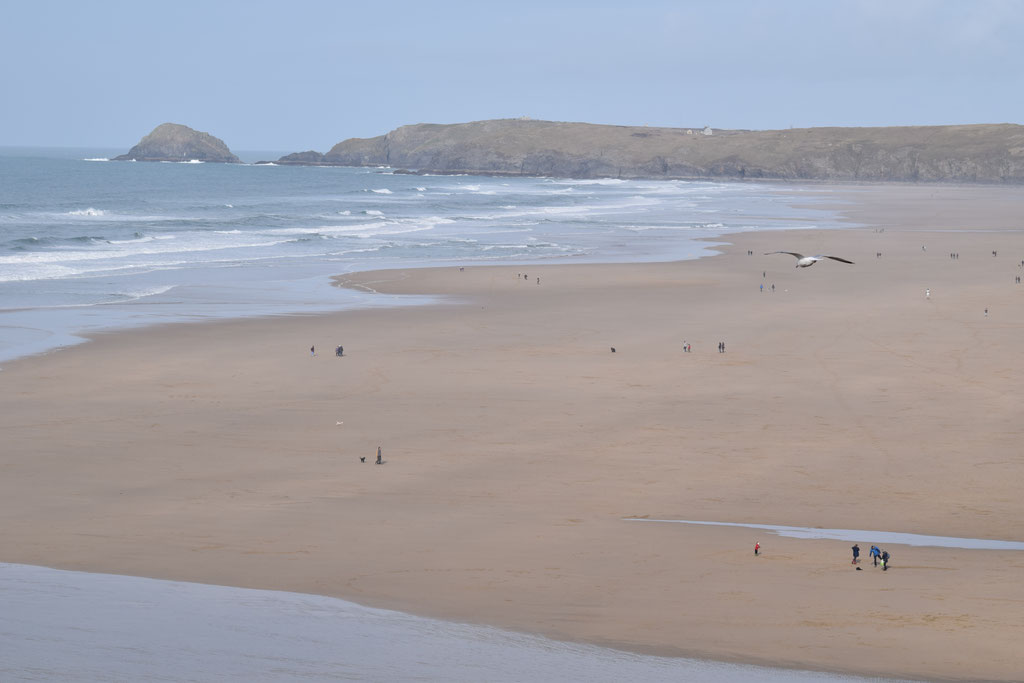 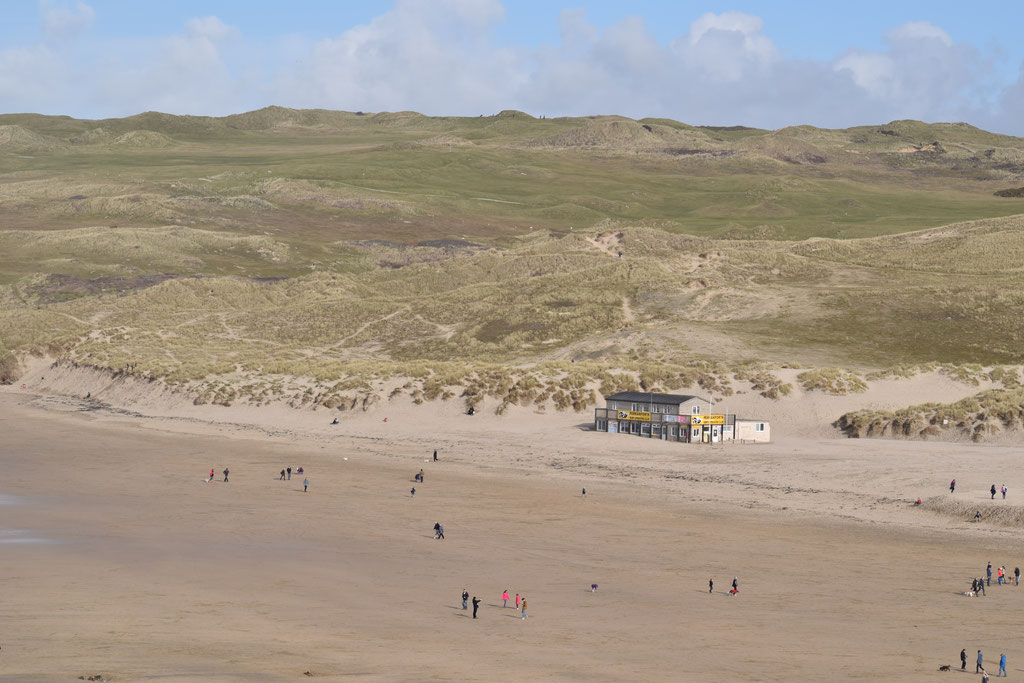 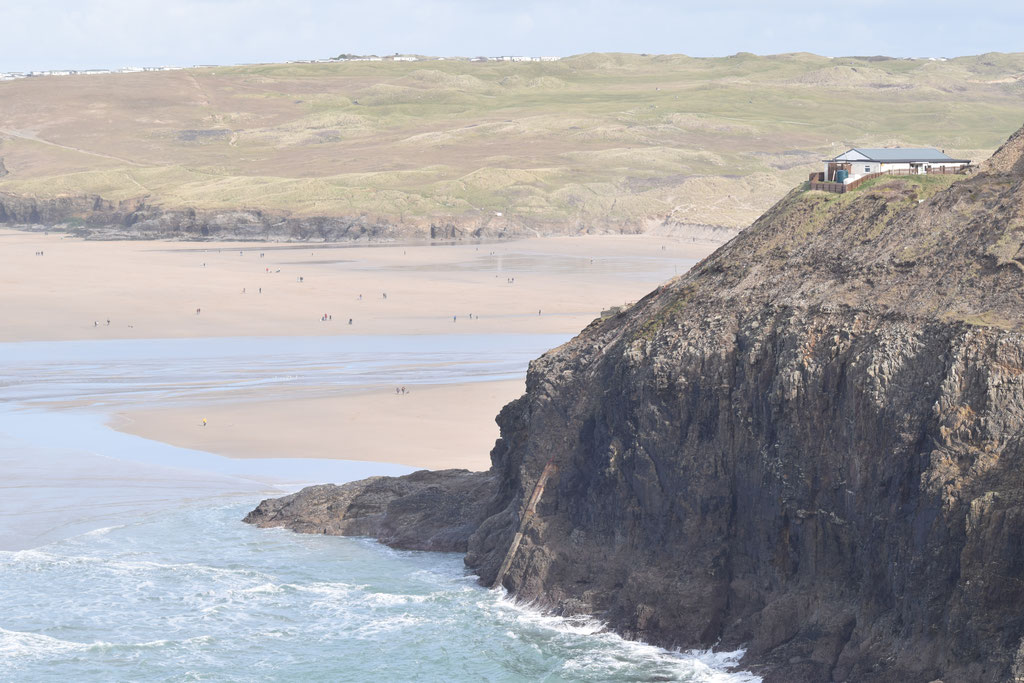 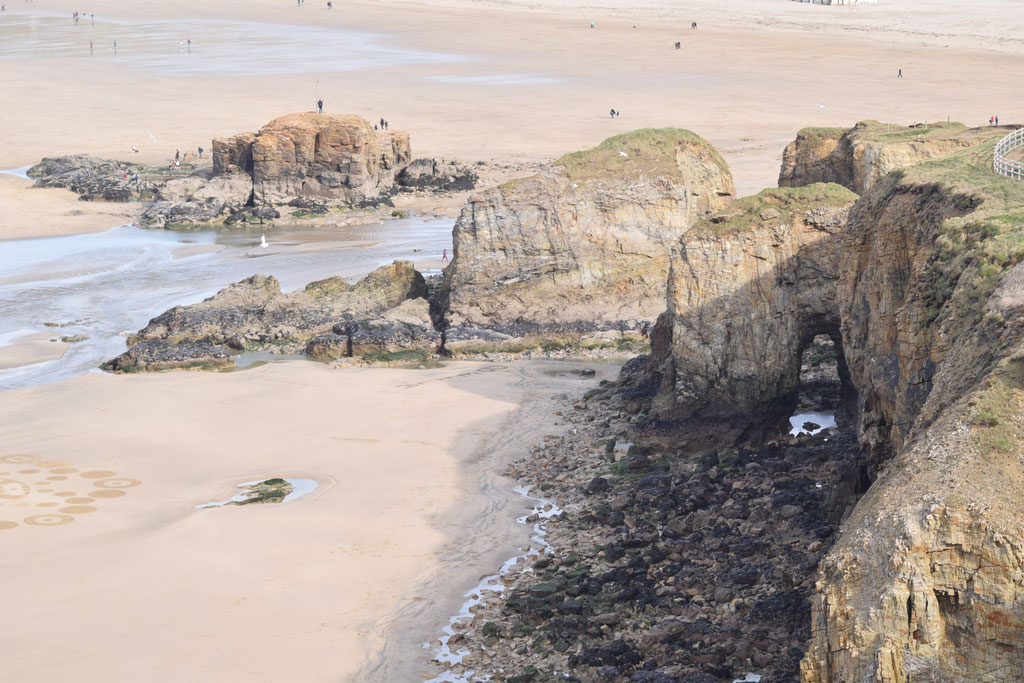 Do not stand under or at the edge of cliffs. They are notoriously crumbly and will not always have a sign telling you not to.

What you need for day hikes in winter:

More from the South/West of England: